This third Captain America film adapts the “Civil War” storyline from Marvel Comics and sees Steve Rogers and Tony Stark at an impasse who governs super heroes and how. Captain America: Civil War pits two teams of Avengers against one another and introduces new superheroes Black Panther and Spider-Man.

Just tap and hold on any wallpaper listed above in Safari. When you do, a menu will pop up allowing you to save the image to your camera roll or follow the image link. Apple even places a subtle outline around the selected image (nice touch, Apple). 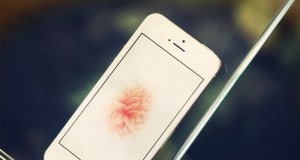 Best iPhone SE Wallpapers May be Your Favorites