Presumably there are a lot of people like to play Arcade Games, Rush Fight is such a new game developed by Woof Games now available on the App Store. Unlike those violent fighting games, Rush Fight give the player a pleasant game atmosphere, the game designed with a retro pixel image style, dynamic music tracks by top musicians.

the only thing you need to do is fighting hundreds of enemies every minute and earn prizes. You can compete with friends for the title of best “RushFighter”!

If you are looking for such a style of arcade game on your iPhone, then Rush Fight definitely worth playing.

Rush Fight By Ekaterina Vdovenko
1 of 5 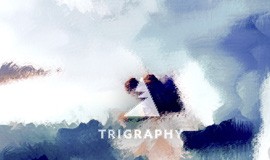 0
Trigraphy is a texture effects camera app developed by Nixes. With it, iPhone user can easily control photos to add a bunch of special...