As technology advances, electronic devices become more and more refined, Apple Watch is definitely a strong performance tiny computer compared to the previous huge size. It packs a powerful processor, RAM and internal storage that can beat any high end computer of the past. So running Windows 95 such ancient systems on Apple Watch is actually not a difficult task.

Nick Lee successfully achieved his goal by modifying the native WatchKit development framework, which is actually a 20-year-old disk mirroring, it successfully runs on Apple Watch, the overall result is that Windows 95 on an Apple Watch is slow, but that it’s actually pretty functional.

This is actually a time-lapse video, Lee said the whole boot process takes about an hour, it is clear that most people are not willing to wait that long. Lee began to emerge five years ago, when he developed an iOS app that can turn iPhone into a 3G modem, but the application was eventually blocked by Apple.

Also worth mentioning is that he has successfully run Mac OS 7.5.5 on Apple Watch, which made him even more famous. While make Windows 95 running on the Apple Watch little significance, but for this innovative spirit should be encouraged.

If you have spare time and want to give this project a try, then go to Lee’s blog post where he has outlines steps that he followed to achieve this feat in addition to a github link with all the resources. 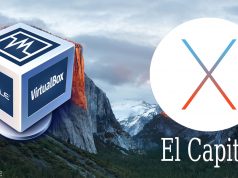 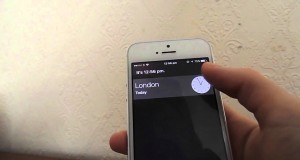 -
0
Recently, FBI has been asked Apple to unlock the criminals iPhone, so whether there is an easy way to bypass the iPhone 6s lockscreen...