Several users have discovered that their device permanently bricked after they changed the iOS device’s date to January 1st, 1970, which is the first day of the Unix epoch; Unix-like systems measure times and dates as the number of seconds since that day. This is traditionally stored as a 32-bit number (which is going to cause some trouble in 2038), and it’s currently speculated that 64-bit iPhones are doing something peculiar when handling system times that are close to zero.

While the device works fine after the change, the bug reveals itself once it is restarted, as the iPhone gets stuck on the Apple boot logo. The bug affects all 64-bit iPhone, iPad or iPod touch models running versions from iOS 8.0 to iOS 9.2.1.

Devices afflicted with this issue can’t even be recovered by going into DFU mode and reflashing them. Though this wipes out all your data, it retains the bad date and subsequent boot loop. The faulty date does get reset when the battery goes completely flat, however, so discharging the phone (or disconnecting the battery, if you’re brave) fixes it.

Warning: Anyone who cares about his or her device should avoid testing this bug on the device, as once your iOS device gets affected you will have to send it to Apple for repairs If you are brave or perhaps stupid enough to give this bug a try, which could result in your device getting bricked, then you can do so by Going to Settings> General> Date & Time and then turning ‘Set Automatically‘ toggle off. After that you can change the date to January 1, 1970. 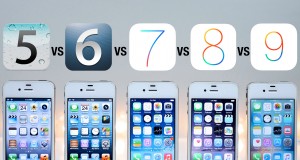 -
0
iPhone 4s is the oldest device supported iOS 9, although Apple lets iPhone 4s supports the latest systems, but users still complain that the...