Moreover, Pangu team also announced that they will release an .ipa file which users will first have to sign before putting it on their Apple TV. No other detail is known at this time.

If you are waiting for such a jailbreak released for Apple TV 4, then you should first clear a thing, that this upcoming jailbreak only works on the device running on tvOS 9.0 or 9.0.1, this means you can not jailbreak Apple TV 4 if it running on iOS 9.1 or later, as Apple stopped signing the older firmwares, and does not allow users to upgrade, downgrade or restore to these versions

This is obviously a little disappointed for the people who have been looking forward to jailbreak, but it is indeed an incentive lets hackers and users always have enthusiastic. 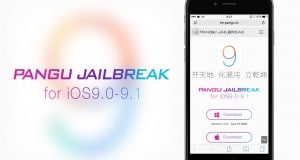 -
0
Beyond all jailbreakers' expectations, Pangu team suddenly released the iOS 9.1 jailbreak on their page today, the Pangu 9.1 jailbreak now compatible with 64-bit...