For now, the jailbreak community seems not so active compared to previous years, we can only hear some only anecdotal rumors about the jailbreak. After the iOS 9.1 jailbreak, we have not seen any jailbreak release and development progress. Due to Apple stopped signing iOS 9.3 last week, so we hypothesized that a new jailbreak appears will only be available for the iOS 9.3.1 and iOS 9.3.2.

So for those people looking for iOS 9.3.2 jailbreak, a little bit of news about the jailbreak are worth a look. However, you have to always beware of those fake and even virus softwares to forge a jailbreak tool available for iOS 9.3.2 and iOS 9.3.1.

So in this article, we will tell you about two fake jailbreak sites that were offering iOS 9.3 and iOS 9.3.1 jailbreaks and were calling themselves TaiG and Pangu. Of course, those jailbreaks were fake and could harm your security.

There’s a fake iOS 9.3.x jailbreak tool (3kjailbreak#com) by the name of “3K Jailbreak” doing the rounds on the Internet. It claims to be from 3K Assistant team but in reality it’s NOT. Not only is it fake, it can also potentially install malware or viruses on your iOS device or the computer. Right now no tool is available for download on 3K Jailbreak’s website. If you try to download the tool from 3kjailbreak.com, which is only available for Windows you get a popup saying “Download is temporarily stopped to fix 60% issue”. Stay away from it. 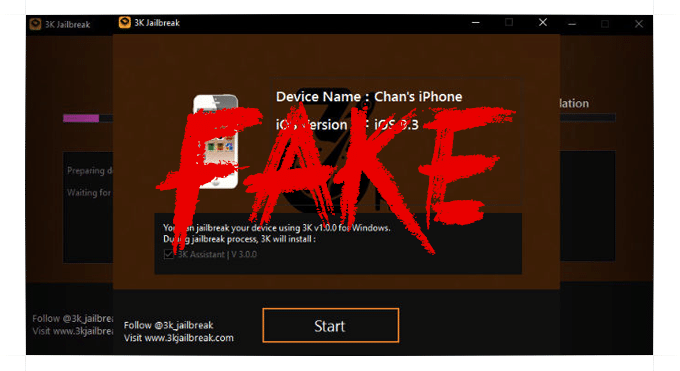 Another website is called Semi Jailbreak (semijb#com) and it claims to offer you a browser-based iOS 9.3 jailbreak. But when we visited it through a Windows PC, it said that we needed to visit the site using Safari browser of an iOS device.

So if you come across any jailbreak right now, then please ignore the so called 3K Jailbreak tool and Semi Jailbreak tool as they are obviously fake. Make sure to cross check it from popular news sources and from several jailbreak forums to see whether it is real or fake. Also, always trust only popular jailbreaks.

If you found any fake jailbreaks? Tell us in the comments below. Stay tuned for more updates. 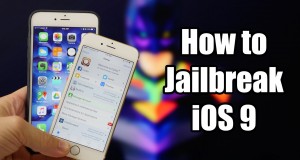 -
0
Thanks for Pangu's timely update, jailbreakers can enjoy the latest jailbreak on iOS 9, another good news is that Cydia Substrate also updated to...