We can see in the demo video, Todesco can be seen jailbreaking his iPod touch while running iOS 9.3.2, by simply opening a web page and clicking on a link. Once the download process is completed Cydia icon appears on the screen. The hacker is even able to download the MTerminal app from the jailbreak store and run it without any problems. The hacker notes that the stashing is disabled so Cydia is not able to prepare filesystems.

Unfortunately, we don’t expect him to release a JailbreakMe for iOS 9.3.2 for us. It does give us hope that jailbreak teams like Pangu or TaiG can figure out a way to jailbreak iOS 9.3.2 using Mobile Safari. 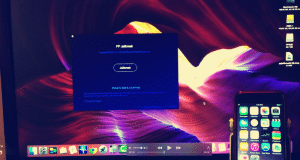 -
0
For now, the jailbreak community seems not so active compared to previous years, we can only hear some only anecdotal rumors about the jailbreak. After...