Pangu team just released an update for iOS 9.1 jailbreak, Pangu v1.3.1 for Windows and Pangu v1.1.1 for Mac, new version improves the stability, this means, user can get rid of the bootloop issue after jailbreaking.

Currently the new jailbreak tool for Windows and Mac now available for download from Pangu official website. If you not jailbreak yet, or ran the boot loop issue, then you should rejailbreak your device using the latest version of Pangu, just download the jailbreak tool from the below links.

As the previous jailbreak release, the team should bring a untether package in Cydia Store for those jailbroken device already using Pangu v1.3. According Pangu team statement the new version 1.3.1 may still lead to an unsuccessful jailbreak, but they added a tool feature in the update, which will force the device to try again until it succeeds when the device reboot failed.

If you encounter some unknown issues when jailbreaking, please share it with us in the comments section below. 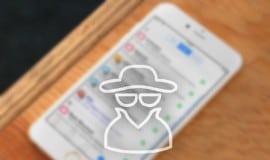 -
0
As we all know, Apple has patched several vulnerabilities used in the Pangu iOS 9 Jailbreak in iOS 9.1. All of the current iOS...