As we all know, likes other mobile systems, Apple’s iOS system also does not allows users to delete the stock apps, such as the Stocks, Game Center, Tips, Calendar, Videos, Voice Memos, Reminders, iBooks, Apple Watch, Notes, News and more. So usually most people end up creating a folder on their home screen to hide them away. However, this seems to be changed in a future iOS update.

This may be the first step in Apple’s going out, and the next will allow users to completely remove, iOS 10 preview version is expected to achieve some of them, and if so, Apple is most likely to release iOS 10 with these changes at the WWDC 2016, the change would become available to the general public when Apple releases the “iPhone 7” in the fall.

If Apple was to allow its own apps to be removed and then re-downloaded from the App Store. This mechanism is clearly more conducive to iterative firmware, Apple can only just fix or update individual apps in the App Store, without having to release a complete firmware update. 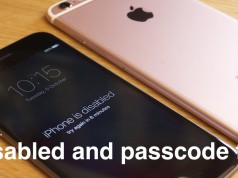