With the end of MWC2016, many people have begun to shift the focus back to the Apple, the most important reason is that Apple will soon launch a new 4-inch iPhone in the spring, the industry believe that Apple will once again set off a burst trend of 4 inch phone.

Rumors that Apple will launch a new 4-inch device called iPhone SE or iPhone 5se, and since then many concept designers drawn this new iPhone with their own ideas. Recently, a designer Tomas Moyano from Argentina brought a set of iPhone SE concept renders to us.

As can be seen from the design, Moyano’s concept design contains the shadow iPhone 6, for example, more rounded body and the back of the design is similar to the iPhone 5 / 5s. However, this design gives the feeling that the metal edge is relatively thick, although this can better protect the device, but may also increase the weight. 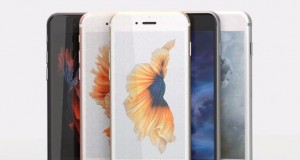 -
0
As always, plenty of concepts appeared even if Apple not yet launch the new generation iPhone, we speculate that the company will release 'iPhone...