All along, the industry rumored that Apple will launch its own Apple Car. Despite the immense challenges involved in bringing a car to market, many have taken as fact that Apple will eventually release an electric car, perhaps as early as 2019. Recently, the rumored car seem to be confirmed by further.

The below are some intriguing factual developments Apple did recently. Apple appears to be buying large swaths of real estate in California, purportedly for automotive testing purposes. The company has opened a handful of new offices in the area. The new buildings are all codenamed after figures in Greek mythology, which seems like a pretty clear reference to the car’s “Project Titan” codename.

For example, Apple’s set up shop in one building codenamed “Rhea,” which is also the name of one of the Titans in Greek mythology. The building apparently has very high security and there’s reportedly a lot of noise coming from the area. Documents filed with the local government also mention several pieces of automotive technology, including a tire changer, a wheel balancer and a lube bay.

Other new buildings include “Medusa,” which is apparently focused on eye-tracking technology. There’s “Zeus,” a temporary research lab in San Jose with high security, along with another facility codenamed “Athena.”

Earlier today, Motor Trend’s Twitter account teased a number of sketches of a futuristic looking car, all the while implying that they may represent drawings Apple’s long-rumored EV. 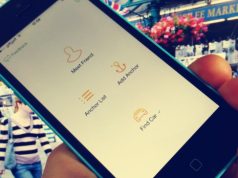 Anchor Pointer Quickly Find My Car Where I Parked 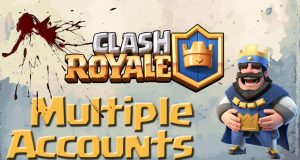 How to Connect Clash Royale’s iPhone Account to Android

-
0
Clash Royale is undoubtedly the most popular card game available on iPhone and Android phones. However, because many people have both iOS and Android...