Analysis Based on the current schedule, iOS 10 will be unveiled along with the next-generation iPhone in Apple’s autumn event. Recently designer ‘Ralph Theodory’ brings iOS 10 in his mind to give us a sneak peek.

In addition, the new Apple Music has a intimate sleep mode, specifically, after playing five music Siri will automatically ask whether to continue playing, if the user no respond within 10 second, the app will automatically stop playing.

In addition, the new Apple Music has a intimate sleep mode, specifically, after playing five music Siri will automatically ask whether to continue playing, if the user no respond within 10 second, the playback will automatically pause.

This iOS 10 concept created by Ralph Theodory also includes exclusive new features for the iPad, users can open multiple apps through iPhone-sized windows, supports moving position and adjust the size, while the feature combined with iPad apps, such as a full keyboard, split-screen mode.

We can see three new virtual buttons (Siri, Home and Power) be added in the lower left corner of the control center, the toggles in control center also support customizing.

The biggest change in this concept is the multi-user mode, different users use different iCloud accounts, the respective data are independent, supports fast switching accounts by 3D Touch on the lock screen.

In the end, the author also demonstrated watchOS 3.0, he believes that the future user will be able to install third-party faces on the Watch, and not only paired with the iPhone, you can also pair with other Apple devices through your Apple ID. 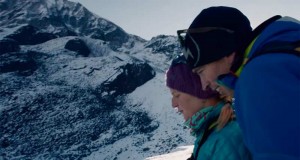 -
0
Last week, Apple released a new device 'iPhone SE', which described as "wearing a coat of iPhone 5s, while the heart is the iPhone...