Reveal Menu is a new iOS 9 tweak just released for jailbroken iPhone, iPad and iPod touch, its function is very similar to Forcy tweak we mentioned a few days ago, which brings 3D Touch Quick Actions to some older devices. RevealMenu also has the ability to achieve the same effect, but it comes with a perk that makes it superior to other packages.

RevealMenu is available at Cydia’s BigBoss repo for free and it supports iOS 9 only. Once you installed it, although no configuration be added. But you can simply tap and hold on the app icons on the Home screen to invoke the 3D Touch-style menu.

You can tap and hold on any app icon on the Home screen to view the 3D Touch-style menu, and you can also slide your finger to any of the menu options to invoke them without lifting your finger off the screen in one single gesture. 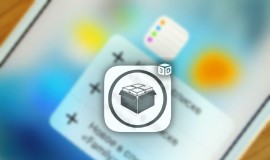 -
0
3D Touch is undoubtedly a very useful feature in the present, which further revolutionized the interactive experience. Although the feature only default support for...