Home Download Cydia Tweaks How to Get 3D Touch Peek And Pop Feature on Non-iPhone 6s...

UniversalForce claims to activate all features of 3D Touch on older devices, which includes ability to preview photos and web links in apps like Safari and iMessage. You can even view previews in apps like Mail. UniversalForce tweak enables homescreen menus, which you can also activate using the Forcy tweak. For now the homescreen menus are not working for many users, however since the tweak is still in beta we hope that will get fixed soon.

UniversalForce tweak now available at Cydia Stoe for free. It is available in “http://repo.ioscreatix.com” repository and is still in beta.

Once you installed it, you can get a ‘peek’ of anything by tap on it and then swipe up instantly. If you decide to ‘pop’ into the content you are previewing, then you can do so by moving your finger further. Sometimes it seems like the tweak is too responsive to movements and pops even when the user didn’t intended to. Developer can fix this by adding a sensitivity setting. 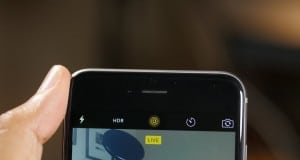 How to Enable Live Photos in Jailbroken iOS 9

-
0
Live Photos is a very distinctive new feature Apple added on iPhone 6s and iPhone 6s Plus. With this feature users can take pictures...