Prior to Apple’s March 21 event, still many people and rumors thought the iPhone SE should be the same appearance with iPhone 6s, but finally it’s just an “iPhone 5s” enhanced version. Although Apple did not bring a new “4-inch iPhone 6s “, but we can transform an iPhone SE into iPhone 6 SE using components. Here, we take a look at how to bulid a” 4-inch iPhone 6s “using various components.

If you do want to take the plunge and mod your iPhone SE into an iPhone 6 SE, you can grab an iPhone 6 mini case off AliExpress for less than as $20.

Although the Lightning and headphone connectors do not rest flush with the edge of the device, and buttons are difficult to press. There are also some cosmetic changes, including a camera hole that actually cuts through the casing’s antenna lines. Still, considering its low price (rear shells can be bought for under $20), testers said the “iPhone 6 SE” is “suitable for daily use.” 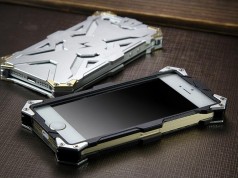 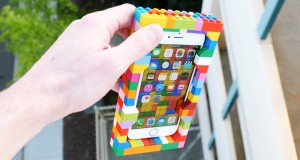 -
0
Lego is a well-known toy brands, but have you ever thought a case made using Lego will protect an iPhone 6s to avoid it...