Force Builder is another Star Wars series game developed by the world’s leading toy manufacturer Lego. Today, the game for iOS officially available on the App Store for free.

The game still follows the style of playful Lego series has always been used, also add a certain amount of metal elements and technology to cater to the Star Wars theme, makes the whole game looks pretty cool. Meanwhile using the Toys to restore those classic battleships in the “Star Wars” series also is a Highlight. If you like Lego, or a fully-fledged Star Wars fans, then you will find familiar elements in the game. 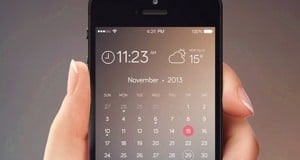 How to Add a Complete Calendar Widget in Notification Center

0
By default, although Apple offers a simple widget for Calendar app in the iOS Notification Center, but the native widget shows only one event...