Windknown is one of the core members of the Pangu jailbreak team, he recently published a technical article to explain the security and vulnerability fixed in iOS 9.2 and iOS 9.2.1.

In his post, Windknown further explained some of the technical details, and kernel vulnerabilities can be used to the iOS jailbreak, one of the most interesting content appears at the end of the article. He referred to the iOS sandbox vulnerabilities can be exploited, and the exploits can be used to break the kernel to get the kernel code execution privileges. He Recommends that users upgrade their device to the latest version of iOS as soon as possible (iOS 9.2.1), and avoid installing apps from unknown sources.

Some users fear losing jailbreak after updating to iOS 9.2.1, so now many users still keep in iOS 9.2. However, the upgrade recommendation of Pangu seems to be more for security reasons, because some applications still include malicious code even you download them from the App Store, such as the incident that occurred with Xcode previously. Such issue may make your device at risk, the premise of jailbreak is security, which perhaps is the main reason that Windknown recommends updating to iOS 9.2.1. While his blogpost on the official Pangu blog does not suggest that team Pangu is about to release a jailbreak

The iOS hacker, Luca Todesco (@qwertyoruip), who recently revealed a video of an untethered jailbreak for iOS 9.2.1, iOS 9.2 and iOS 9.3 beta. Last month Todesco had posted a screenshot shows an iPhone 6 running on iOS 9.2.1 and installed Cydia, and today he said that the current version is more “perfect.” The hacker has now posted a new video showing a demonstration of the untethered jailbreak on his iPhone 6 with iOS 9.2 installed. In the video, he performs various tasks possible only on a jailbroken device to prove his claim, including launching Cydia to show his iOS version. The hacker also claims that his untethered jailbreak works on iOS 9.2.1 and iOS 9.3 beta as well. He also recently tweeted to windknown stating the following:

So should you upgrade to iOS 9.2.1? The answer to that question is two fold.

If you are already using iOS 9.2, then you might as well upgrade since whenever a jailbreak is released it will support the latest iOS version at that time. However if you are running an earlier verison of iOS such as iOS 9.0.2 and are jailbroken, then you might want to hold off upgrading and wait for the release of a hack before upgrading. In the end decision is yours to make.

What do you plan on doing? Are you going to stick with your current jailbroken device? Update to iOS 9.2.1 or stay on iOS 9.2? Share your thoughts below! 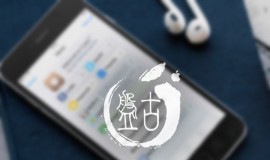