We will release jb for Apple TV4(9.0.x) next week which only has SSH access. It's mainly for security researchers and jailbreak developers.

If your device has been upgraded to tvOS 9.1 or 9.1.1, then you will miss the jailbreak, because the Pangu jailbreak only supports the Apple TV running on tvOS 9.0 or 9.0.1, moreoveryou can no longer downgrade the firmware to an older version . If you are not clear with the Apple TV 4 firmware, you can check it by view the General option in Settings app. Although the jailbreak on Apple TV not mature enough compared to iOS, but it still has great significance for tvOS in the future. 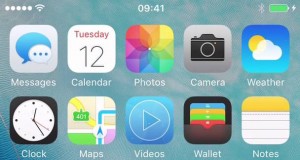 Jailbreak iOS 9.3 Been Successful Shortly After the Firmware Release

-
0
When people are waiting for the iOS 9.2 jailbreak, Apple seeded iOS 9.3, which means that hackers are unlikely to be released a jailbreak...