Gamers should be no stranger to the famous Korean game developer NEXON, the company has launched many popular network games on PC platform. Now NEXON cooperation with the Social Spiel launched Legacy Quest for iPhone and iPad.

The design style of this game similar to ‘Minecraft‘. In the game players can explore deep into the maze, the environment of different maze also not same, and there are many treasures and a variety of ferocious monsters among these mazes. Players can get experience value and props reward through combat, but if you fail you will lose some props, and even need to re-create the role. In the game players can swap items with other players or team battle, of course, the game also supports PVP battle between players.

Currently Legacy Quest has been added to the Apple store, interested players can directly download it for free. 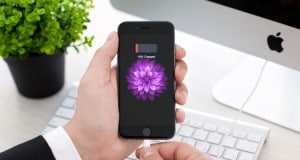 0
In general, we can not check the health of iPhone battery using iTunes or directly on the device. We can only use third-party software...