Last week, Apple released a new device ‘iPhone SE’, which described as “wearing a coat of iPhone 5s, while the heart is the iPhone 6s.” IPhone SE configuration really little difference with iPhone 6s, the same A9 processor, 2GB RAM, 1200 megapixel rear camera and so on in addition to the different screen sizes, front camera, fingerprint sensor and 3D Touch pressure sensor, the new device also lacks air pressure sensor, which already be used in iPhone 6 – 6s Plus.

So what is the barometer? What features it will provide to users on the iPhone?

The barometer actually is an instrument measuring the atmospheric pressure. Unlike traditional physical barometer the air pressure sensor build in iPhone without using metal mercury as a measuring medium, replaced by two physical sensors, by measuring the distance variations of them, to further convert into a pressure value, and shown on your iPhone.

Clearly, in some cases, the air pressure sensor is very useful, especially for those people always outdoor sports. But the fact more than that, iPhone can analyze the height of the device locating based on the pressure, coupled with the GPS latitude and longitude to faster calculate the location of the device. So barometer is widely used in the Maps, GPS or Weather apps on iPhone, while Apple currently only enhance their Health app through the barometer sensor.

Last year, Apple also launched ResearchKit, through it Health workers can more easily create a wide variety of medical apps for the iOS devices, and collect vast amounts of medical data by taking advantage of the iPhone’s accelerometer, barometer and gyroscope sensors.After user license, ResearchKit also seamless access to a database by the HealthKit generated, which contains the daily number of steps, calorie consumption, heart rate and other information, for medical researchers.

Therefore, the barometer can be described as icing on the cake of a function, maybe you do not use it often, but better than nothing. iPhone SE lacks barometer perhaps due to cost consideration. Apple may wait for a relatively mature application ecosystem, more supported apps created is the key. 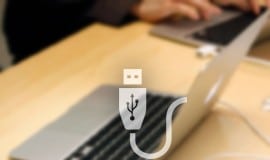 How to Replace a New USB-C Charge Cable for Free

-
0
Recently, Apple launched a worldwide replacement program for USB-C cables that affected by the design flaw may exhibit issues with charging retina MacBook, such...