Although there are six months away from iPhone 7 release, but recently the industry has a lot of rumors and leaked parts, wherein most of the rumors pointed out that iPhone 7 will be equipped with dual rear camera, and below we will see the leaked dual-camera components.

Below is a dual camera module leaked by China’s Weibo user @Kang ________, he said this component disassembled from the previous iPhone 7 prototype, we can see that the module composed of two horizontally arranged camera sensors with different size and resolution.

However, according to his description, iPhone7 dual camera system seems to been abandoned by Apple, while the “new device has been finalized,” and no further information about the new design. The previous rumors that dual-camera only used in the iPhone 7 Plus or a Pro model, generic version will still use the single camera. 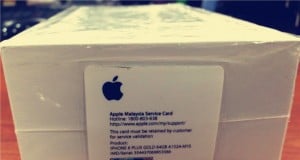 How to Check iPhone SE Warranty Status by Serial Number

-
0
If you just got an iPhone SE and have activated it with your Apple ID, then some important information that you need to know....