After the iPhone 6s and iPhone 6s Plus released last year, some medias have been compared these two phones prices in worldwide, now passed away over four months from the release, the local price of US is still $649, not changed, but due to various reasons, the price on other markets have emerged more or less volatility, CNNMoney recently collected the iPhone 6s price information in Apple’s online store worldwide. Finally, listed the comparison results.

For a more intuitive comparison, CNNMoney unified all the iPhone 6s price as the dollar, then found the price between $636.18 to $1029.41 is the most popular, the following were the cheapest and the most expensive of the top five countries and regions.

We can see that the iPhone 6s price in Turkey topped the list, surpassed the previous Brazil; and Russia has the largest price changes, price cuts from the original $860.33 to the current $730。 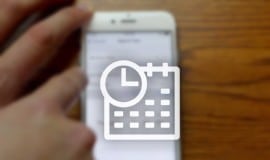 Apple to Fix the 1970 Date Bug in An Upcoming Software...

-
0
Recently a serious bug of iOS plaguing users and Apple employees, the bug was discovered last week, it can potentially brick an iPhone or...