Home News Apple to Release iOS 9.3.1 to Fix the Safari Crashing and Unable...

Recently, people always complaining iOS 9.3 exists such kind of issues, such as ‘iOS 9.3 unable to verify update‘ and ‘Safari links not working’, although this morning Apple released “another” iOS 9.3 firmware to the affected device to fix the activation issue, but the links failure issue still exists. It is understood that the error seems due to some third-party applications, although we already offered some temporary solutions, but the overall effect is not so good.

The below are some temporary workarounds:

Fortunately, the latest reports indicate that Apple promises to release a valid fix may be iOS 9.3.1 soon. The problem occurs first is considered to be due to iOS 9.3, but media 9to5Mac pointed out that the issue also exists other other versions of iOS 9, the affected devices also include several models of iPhone and iPad.

Another view was that, although still unable to identify the specific details lead to the links failure, but it seems related with third-party applications. Testers installed application Booking.com on the unaffected iPhone 6 and iPad Pro, then by continuing to observe Safari , they found that the devices began to appear irregular hang or freeze when users tap a web link in Safari, Mail, Messages, and other iOS apps. But it seems that not only Booking.com cause this error, other unidentified applications also have the possibility. 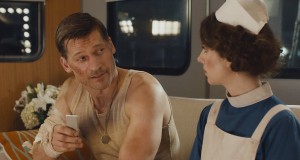