A great news for Moto G users, now Motorola has started rolling out the Android 6.0 Marshmallow update for users of the Moto G (3rd Gen) in Europe. This means the user can directly download the Android 6.0 Marshmallow update via over-the-air (OTA) for the device, users as early as December last year the US and Canada users already received the Marshmallow which was followed by Motorola seeding the update to Indian users of the device.

The firmware rolling out for the Moto G (3rd Gen) in Europe is, however, different from the ones rolled out earlier in other regions. It carries the software version 24.41.33.en.EU, which indicates that it may be a newer/better version compared to the 24.11.25.en.US update rolled out in the US.

Some users in Europe had reported receiving the update a day or two back but mass seeding seems to have kicked off on 15 February. If you have not received your update yet, it is suggested that you go to your settings to manually check for it under ‘System Updates.’ The update is close to 450 MB in size, so make sure you have that much space available in your internal memory.

The update will include app standby, greater control over app permissions, “Do not disturb” mode and improved volume controls. For the device in particular and all other Moto devices, the Ambient Display has been done away with and replaced with Moto Display. Moto Assist, Moto Migrate and Moto Actions are some of the other features the update brings. 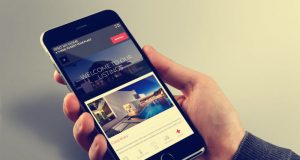 -
0
Today, WordPress ushered a major update 4.5 with tons of improvements, but many user met some trouble after they installing WordPress 4.5, such as...