I believe the reason many people jailbreak the iPhone is to play some retro games, which are generally not available in the App Store. SpringInvaders is a new jailbreak tweak lets you play the classic Space Invaders game on iPhone’s Home Screen. Rather than shooting down aliens, the tweak uses icons from your Home screen to theme the enemies and your weapon fire, the incoming waves of enemies will be your Home screen app icons and you’ll be tasked with controlling your spaceship to shoot down these icons.

SpringInvaders tweak is now available in Cydia’s BigBoss repository for $0.99. After you installed the tweak on your jailbroken device, it will add a range of configuration that are available via the tweak’s preferences pane in Settings. From there, you can enable or disable it on demand, set an Activator gesture to launch the game, adjust the sensitivity level, choose the difficulty level of the game and much more.

All of the things you can configure from this preferences pane are:

SpringInvaders compatible with jailbroken iOS 8 and 9 devices, including the iPad, it is ready for almost anyone that wants to play the game. It even works in landscape mode just as well as portrait mode on supported devices.

How to Play Space Invaders Game on the iPhone Home Screen

The game is controlled easily, you can open the game by using an Activator gesture, for instance, if the tweak is assigned to double tap on Status bar gesture then performing this gesture on your Home screen will launch a new screen to present the game.

You tilt your device left or right to control the movement of your ‘springship’ at the bottom of the screen, and you tap on the screen to fire your weapons at incoming enemies.

You can also tap and hold to charge up what the developer is calling a ‘springbomb,’ which is many times more powerful than the basic firing mechanism you use to take down enemies.

You’re given 5 lives, and you lose a life whenever you don’t kill an enemy in time and it gets too close to you. Level by level, you’ll move through the game at your own pace. Each level gets progressively harder, but nevertheless, if you manage to hit an enemy you’ll earn 10 points, but if you miss, you’ll lose 5 points for each shot missed. 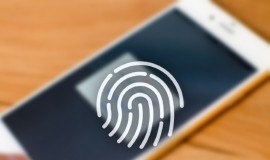 -
0
Touch ID is a fingerprint-based encryption technology for secure authentication on iOS devices. However, so far, we can only use Touch ID to unlock...