Split View is a very practical feature on the iPad since it launched, which lets you run two apps side-by-side -. Just like you would on your Mac Split View lets you read articles in Safari while composing an email in Mail, enjoy a novel in iBooks while taking notes in the Notes app, and talk to friends via iMessage while organizing your schedule in Calendar. All in all it’s very popular.

But unfortunately, this Split View only works on part of iPads, we can not use it on an unsupported device, such as iPhone and iPod touch. So to achieve this, jailbreak developer created a new cydia tweak called “Splitify” that allows iOS users to use Split View feature on all unsupported devices. 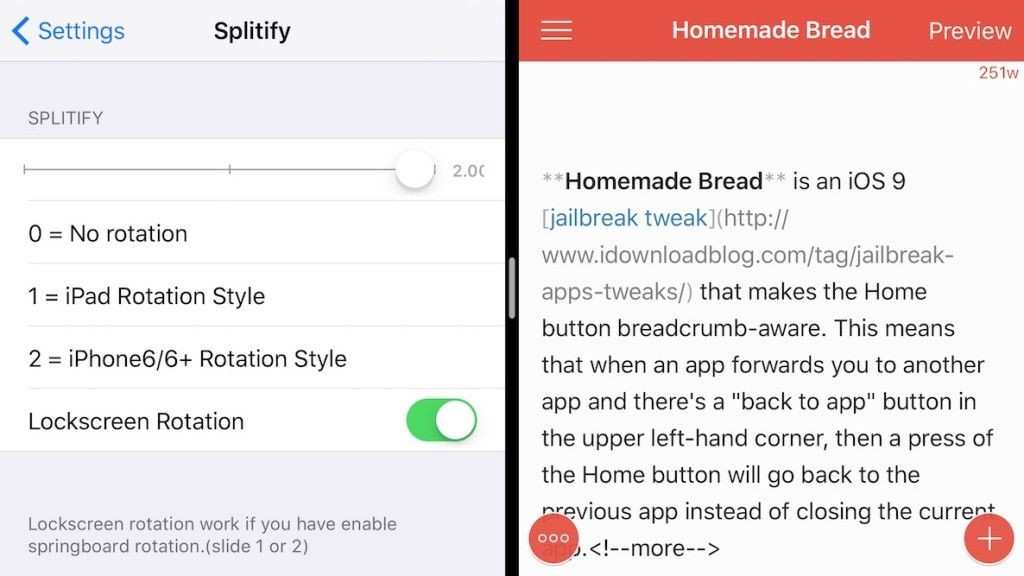 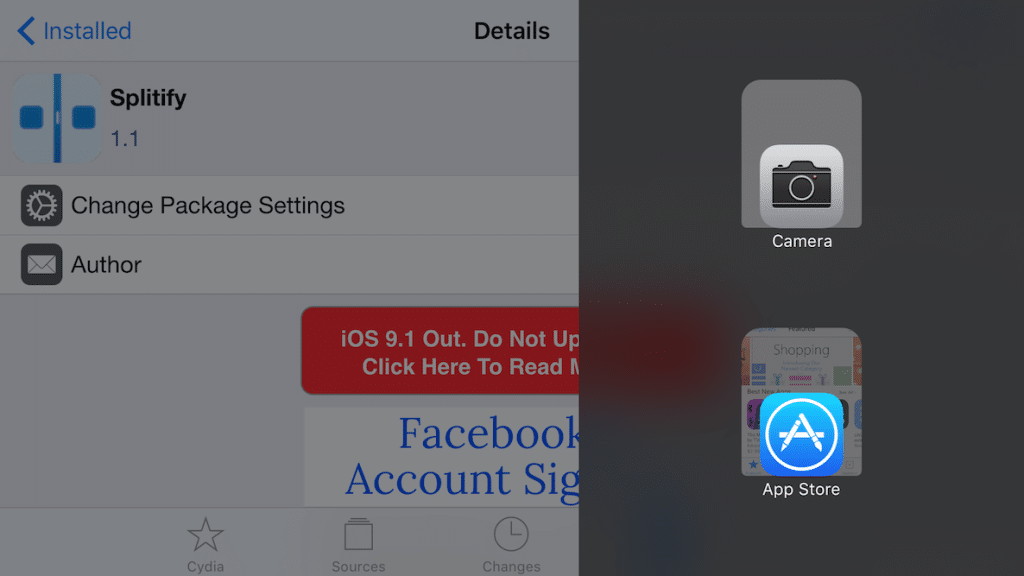 Course this tweak will be more “meaningful” for iPad users although it can also be used in the iPhone‘s landscape mode. And I guess no one should want to use Split View in portrait mode, right? Splitify has a special setting panel, where the user can turn on rotating mode. 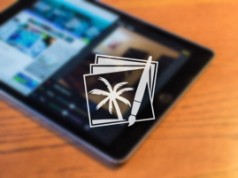 Pixelmator 2.1 for iOS Updated With Split View and Slide Over Support 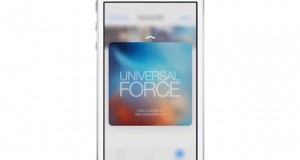 How to Get 3D Touch Peek And Pop Feature on Non-iPhone...

-
0
We have introduced RevealMent and Force cydia tweak, them both can bring 3D Touch feature on non-iPhone 6s devices, but more than that, another...