Apple’s latest pressure-sensitive technology brings a whole new interactive experience for the iPhone, it will also be a revolution will always affect the future development of smart phones. However, the current 3D Touch supports only the stock apps and some social apps in iOS, to expand its scope of application, jailbreak is a good choice.

A few weeks ago we posted an iOS 10 concept video that showed how Control Center can take advantage of 3D Touch. In the video we can see the 3D Touch capability has been achieved in iOS Control Center, very convenient and fast, but now this is not just a concept, a new Cydia tweak called Quick Center achieve that, brings the 3D touch functionality of the Control Center allowing users to pressure tap on a button or toggle in order to reveal more options and settings.

QuickCenter tweak has been submitted to Cydia and will be available shortly. It will support iOS 9 devices and cost $1, if you just jailbroken your iPhone and iPad using Pangu 1.3.0, then simply search the tweak from Cydia Store for installation.

With QuickCenter tweak, you can use 3D touch on these toggles and buttons located in Control Center, include WiFi, Bluetooth, Do Not Disturb, Camera, Flashlight and Alarms. The tweak also works with Polus tweak, this means if you have added any other app in the shortcut menu, you can access its 3D Touch menu too by pressure tapping on its icon. In addition to support those devices that have built-in 3D Touch, it will also work with older devices using RevealMenu or other tweaks. Users will also be able to long press to access menus on older devices.

What options added in 3D Touch Menus of each Control Center toggle.

WiFi: You can switch between different WiFi networks right from the Control Center.

Bluetooth: By pressure tapping on the Bluetooth toggle you can access a list of devices that are in range and connect to them.

Do Not Disturb: With the 3D Touch menu for Do Not Disturb toggle you can choose between ‘Always’ and ‘Only on Lockscreen’ options.

Flashlight: You can turn on or strobe the flashlight using the new 3D Touch menu.

Alarm: You can turn specific alarms on and off using the 3D Touch menu without launching the Camera app. 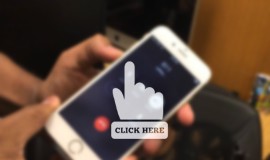 PressUnlock Lets You Unlock iPhone With a Single Digit

-
0
Currently, there are only two options to unlock the iPhone, enter a digital password and use the fingerprint. A new jailbreak tweak called 'PressUnlock'...