Apple has always been a company committed to innovation, Apple Pencil apparently such a product, the company will continue to improve it in the future, to launch Apple Pencil 2 with more and more innovative new features.

The first-generation Apple Pencil arrived in late 2015 with the larger iPad Pro. It is also compatible with the 9.7-inch iPad Pro that hit the market back in March. It costs $99.

On Tuesday, a new patent of Apple published that was filed way back in 2011. Granted under U.S. Patent No. 9,329,703 for an “Intelligent Stylus” and dated 2011. With the hardware contained within that patent closely resembling the current Apple Pencil accessory available to buy for use with the iPad Pro.

The most interesting described feature in which is a system of interchangeable tips that can offer different features. For example, there could be some type of color sensor or flashlight. Apple also details a tip that contains an actual pencil tip. It would convert your notes into digital handwriting on an iOS device.

The nibs, according to the patent, would feature unique codes that would allow the stylus to recognize which was in use at any one time, changing the device’s output characteristics to match.

It’s possible Apple had to shelve a few of these features for its first-generation stylus, but maybe we’ll see a couple in the Apple Pencil 2. 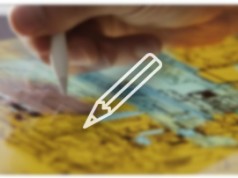 How to Use Apple Pencil on iPad Pro 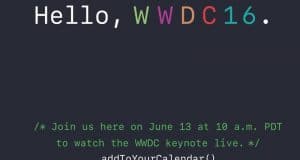 -
0
Today, Apple updated its events page to confirm that it will be live streaming the Worldwide Developers Conference Keynote on June 13. The keynote event...