Inferred from the current rumors, iPhone 5se indeed likely to appear in the March event. Past rumors suggested that this device will be introduced on March 15. However, a new report from South Korea points to March 22 as the iPhone 5se release date. Apparently, Apple has postponed the spring event by a week for unknown reasons.

This means the iPhone 5se release date will be March 22, and Apple is expected to launch the heavily rumored iPad Air 3 on the same day. Some improvements to the current-generation Apple Watch can also be expected from the event. However, Apple Watch 2 will not make an appearance at this special event.

According to an iPhone case manufacturer said, the overall design of iPhone 5se will continue based iPhone 5s, only a slight change in the details. iPhone 5se will apparently resemble the iPhone 5 lineup with metal plates placed on the back and glass caps as part of the top and the bottom. A FaceTime camera unit is believed to be mounted above the front-facing speaker. Besides, a Touch ID finger print sensor, support for Apple Pay and VoLTE have also been tipped.

Hardware, iPhone 5se will equipped with Apple’s A9 / M9 processor, NFC to support Apple Pay, and the camera will be upgraded to support Live Photo, and new rose gold color. New iPhone will reportedly come housed with 16 GB and 64 GB of native storage space. As far as the iPhone 5se price goes, past rumors suggested that the mini handset will be priced at about $450 for the 16 GB storage variant, GSM Arena noted. 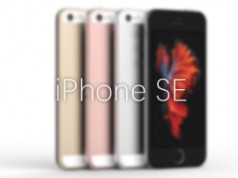 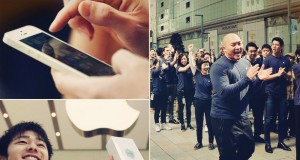 -
0
iPhone SE is undoubtedly the cheapest iPhone Apple launched ever. However, iPhone SE prices in each country are not the same, then I'll bring you...