In last week’s iPhone 6s event, Apple announced that they will release iOS 9.0 to the public on September 16. This means all compatible devices can get this new version tomorrow. Based on the previous new firmware releases, the specific time may be around 10 AM PST/1 PM EST.

The new iOS 9.0 compatible with the following iOS devices:

Well, if you really want to upgrade your devices to this new version, then you first have to make some necessary preparations.

It is always a good idea to take a backup of your iPhone, iPad and iPod Touch before updating it with the latest iOS software update. (Note that if you choose to encrypt your backup using iTunes, along with normal data, secure information like passwords etc. are also backed up.)

You can back up your iOS device using iTunes or iCloud.

iOS updates generally require at least 1.3GB of free space, so if you’re running low on free space on your iPhone or iPad, it might be a good idea to free up some space by deleting unwanted stuff from your device.

A major OS upgrade is a good time to think over the apps you have installed, and delete ones that you hardly use. While you can always delete apps from your home screen, another way is to open Settings > Usage and then tap on the app you don’t need and hit “Delete App”.

If you have jailbroken your iOS device and can not live without your favorite jailbreak apps and tweaks then it is recommended that you avoid updating to iOS 9, until a tool is released to jailbreak iOS 9. The good news is that iOS 9 has already been jailbroken .

If you’re not sure what to do, then checkout our post, which gives the latest status update on iOS 9 jailbreak and the comprehensive list of all the new and hidden iOS 9 features.

Once you are reserve adequacy as mentioned above, then you can check the installation via over-the-air once Apple pushed the update, the OTA update allows you to download iOS firmware and install it without plugging your device to the computer.

If you are not planning to upgrade, make sure that you don’t mistakenly agree to install iOS 9.

Jailbreakers, note that if your device is jailbroken then OTA updates will be disabled, which is good if you plan to hold-off updating, but if do want to upgrade, you’ll have to restore via iTunes.

You can also update your iOS device to iOS 9 using iTunes by plugging it to your computer. If you want to jailbreak your device in the future, it is recommended to update via iTunes. We’ll be publishing direct download links as soon as they’re available. 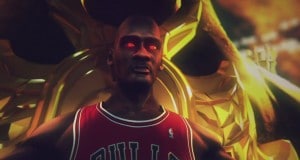 -
0
tvOS App Store, as one of the most exciting new features of Apple TV 4 both for developers and users. However, the new TV...