Recently, the Federico Viticci of MacStories and concept designer Sam Beckett worked together to design an incredible concept video that covering “wishlist” features Vittici hopes to see in iOS 10.

The concept shows a large number of practical new features, such as system-wide dark mode, which would live under Settings > Display & Brightness, and you can activate this feature like Night Shift – either manually or on a schedule. New customizable Control Center would be fully customizable so you can drag and drop controls, support 3D Touch for even more detailed toggles and support third-party shortcuts at the bottom.

New system also allows user allow third-party integrations within Siri through the Siri API, so you can schedule tasks in Wunderlist or search for music on Spotify — whatever developers are willing to allow.

Other small tweaks include searchable emoji and rich previews in Messages, a document picker for iCloud Drive, and features to make Split View multitasking more useful on the iPad. 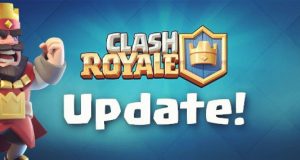 -
0
Today, the most popular tower defense card game "Clash Royale" ushered in a major update for both Android and iOS, Clash Royale 1.3.2 added...