In accordance with the previous patterns, Apple tends to bring a new generation of software updates shortly after the new product release. Apple Watch as a new market occupies an important position in the smart wearable community. So it will certainly get every major software updates along with the iPhone and iPad.

watchOS is a stand-alone system Apple created running on the Apple Watch, which has experienced watchOS 1.0 and several beta version of v2.0, now the company will release watchOS 2.0around 10 am PT/1 pm ET, new version contains a large number of new features and improvements, such as new watch faces, Time Travel, ability for apps to run natively on the Apple Watch, a new Nightstand mode, third-party complications, ability to take FaceTime audio calls and lots more.

If you are wearing an Apple Watch, then you must wonder how to upgrade it to watchOS 2.0, In fact, the whole process is very simple.

To install the update, you need to make sure your Apple Watch is in the range of your iPhone, connected to the charger and charged at least 50%. Please note that the installation process could take 20-30 minutes.

You won’t be able to install watchOS 2 update if your iPhone is running iOS 8.4.1 or lower. So you should install iOS 9.0 public on your iPhone first.

That’s it, your Apple Watch should be updated with watchOS 2. 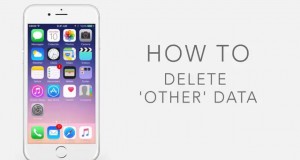 How to Completely Remove Other Data on iPhone to Free Up...