Your iMac, Macbook and Macbook Pro suddenly freeze with a white screen, and the system  became unresponsive, the device got stuck on the white startup screen with the apple logo in the center.

Typically, if your Mac get stuck on the white screen upon startup after chime. This means that OS X can’t start because of problems with the system’s hardware or software. If your MacBook Pro was built around 2013, this is most likely a hardware fault to do with the actual GPU itself.

However, no matter how you’d better try some ‘soft’ ways to fix it. Here are all the possible solutions which you should try to get the job done.

Try start up into safe mode

Start or restart your Mac. Immediately after you hear the startup sound, press and hold the Shift key. Release the Shift key when you see the Apple logo appear on the screen. After the Apple logo appears, it might take longer than usual to reach the login screen or your desktop. This is because your Mac performs a directory check of your startup disk as part of safe mode. To leave safe mode, restart your computer without pressing any keys during startup.

Some features of your Mac aren’t available when it’s started in safe mode, so after you’re done using safe mode you should restart your computer normally. For example, these features don’t work in safe mode: You can’t play movies in DVD Player. You can’t capture video in iMovie and some other video apps. Some audio input or output devices might not work. Some USB, FireWire and Thunderbolt devices might not be available. Wi-Fi networking might be limited or unavailable depending on the Mac and OS X version you’re using.

1. Shut down the computer (by holding the power button).

2. Turn on the computer. Wait until I hear the boot sound.

4. Hold the keys down until the computer restarts and you hear the startup sound for the second time.

1. Shut down the computer (well, it was already off)

2. Unplugged all cables from the computer, including the power cord and any display cables.

4. Plugged the power cord back in, making sure the power button was not being pressed at the time.

5. Reconnected my keyboard and mouse to the computer.

6. Pressed the power button to start up your computer.

Turn your Mac off by holding down the power button for a few seconds. Turn on your Mac and hold down the Command and R keys until you see the Apple logo. Then you should see a “Mac OS X Utilities” window. Select Disk Utility, click your OS X hard drive and select verify/repair disk.

There is an amazing trick shared by a user on a forum using which he was able to fix MacBook pro white screen problem.

Step#1 Turn off your Mac and then turn it on and press the Command and S keys to boot in single user mode.

Step#2 You will see a terminal on the screen. Type the following command on it and press return.

Change the Hard Drive on iMac

A hard disk error often leads iMac stuck on white screen, not-responsive, so try to replace your old hard drive for the a SSD drive may fix the issue. 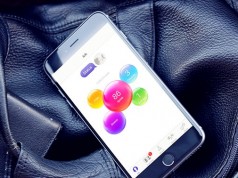 Game Center Not Working and Freezing Finally been Fixed in iOS 9.3.2 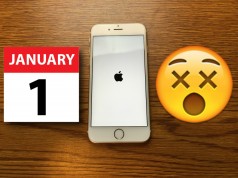 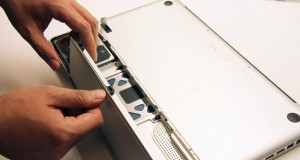 -
0
"Wi-Fi: No Hardware Installed" is a common error often occurs in almost all versions of OS X, if you see this wi-fi error pops...