We all know that Apple has stopped signing iOS 8.4.1 and iOS 9 recently, which usually means that the jailbreak for these two versions of firmware will never be released even hackers discovered some available vulnerabilities.

However, there are always some dedicated people. A few weeks ago, Italian iOS hacker Luca Todesco tweeted that he was working on a jailbreak for iOS 8.4.1, adding that development was in the final stages. Todesco has been part of the jailbreak scene since the Apple Inc. He discovered two zero-day vulnerabilities in OS X Yosemite back in August.

Today he released the source code via Github for jailbreaking iOS 8.4.1. The code is codenamed ‘Yalu’, which is accompanied by a tag-line that reads “source code of an incomplete iOS 8.4.1 jailbreak”.

Avid jailbreakers should note that Yalu is constrained to tethered jailbreak only as the untethered code is still a work in progress. The source code information also reveals that the incomplete iOS 8.4.1 jailbreak has been codesigned by Kim Jong Cracks, who has added the sandbox bypass with LPE to root functionality.

Now you can easily grab these source code from the Github website. You can reform the downloaded code to provide tethered jailbreak for iOS 8.4.1 if you know what you are doing, which in turns provides OpenSSH access. However, note that because this jailbreak is incomplete, it does not install Cydia, and it is recommended you don’t install it manually.

The code isn’t a whole lot of use to the average iOS user for now, then, but it’s only a matter of time before someone puts it to good use. Even Todesco himself has teased on Twitter:

Technically speaking my i6 is now jailbroken on 8.4.1. yalu for i6 will be out very soon.

Todesco also has put up a public advisory notice on Twitter, saying that Cydia should not be installed on it:

Latest Yalu git commit does a jailbreak & extracts a .tgz to /. Make sure not to install cydia with it. OpenSSH is fine.

So as of now, we suggest you stay at the iOS 8.4.1 and do not try to jailbreak your device using these source code unless you are an advanced iOS users with technical knowledge of compiling the source code and creating an executable file may have any chance with jailbreaking your device on iOS 8.4.1. You’d better wait for a mature iOS 9.x jailbreak if you can’t read the code. Lets wait and watch, popular jailbreaker such as TaiG and Pangu team is working on the iOS 9 and 8.4.1 Jailbreak. 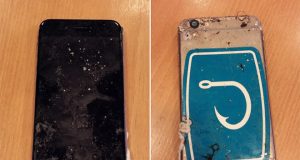 Apple is Willing to Help Unlock the iPhone of Missing Teen...

-
0
Not long ago, Apple refused to assist the FBI to unlock San Bernardino shooter Syed Farook's iPhone, but this does not mean Apple is...