Today Apple seeded iOS 9.3 beta 6 13E5231a to developers and public beta testers. The beta 5 released by Apple just one week ago, and iOS 9.3 beta 1 released on January 11. The most notable changes coming to the official release of iOS 9.3 include the addition of Night Shift, Notes improvements, new CarPlay features and 3D Touch options for Apple’s own stock apps. 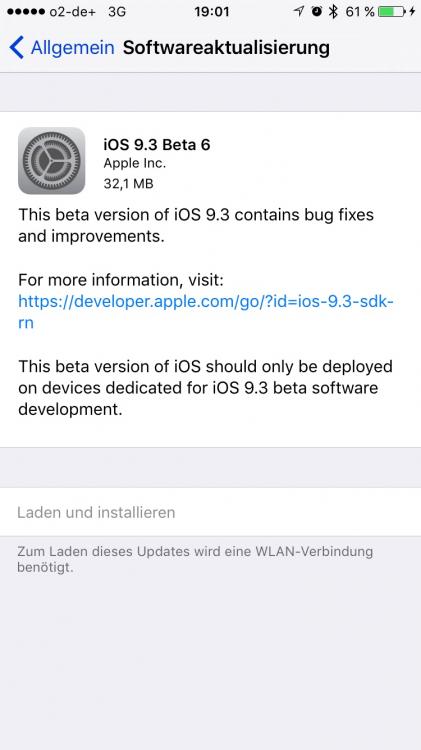 Notes and Known Issues in This Beta

Known Issues
When using a Shared iPad,the device may hang for a few minutes at log out. If you’re boot your Access Point and a Shared iPad can not reconnect to your network,you also need to reboot your Shared iPad.

Certain features in the Apple Watch app require the developer seed of watchOS 2.2.
Fixed in Beta 6
When paired with an iPhone running iOS 9.3, an Apple Watch running watchOS 2.1 will fail to send back Reminder responses to the phone.

Photos app in Simulator does not sync photos from iCloud Photo Library.

In a classroom environment with many iPad devices connected to a single access point, some devices may intermittently lose data connectivity with Classroom, other devices, and the Internet, even though the status bar shows that the device is connected to a Wi-Fi access point. Workaround: Disable and then reenable Wi-Fi from Settings > Wi-Fi to resume connectivity. Note that for a Shared iPad, you may need to reboot the affected device.

The latest beta 6 update is available on both Apple’s developer center and the portal for public beta testers, as well as through an over-the-air (OTA) update for those running the previous beta version.

Download iOS 9 beta 6 ipsw from a separate source (due to Apple’s ownership of iOS 9, we are not providing direct download links)

Note: Once you select the 9.3 Beta 6 .ipsw for your device you will see a download button mid page tap it.

How to Install iOS 9.3 Beta 6 Without UDID Registered Developer Account

To get iOS 9.3 Beta 6 for your device, you have to install iOS 9.2 Beta by following these steps:

The update is likely the last one before the official release hits later this month. In addition to iOS 9.3 beta 6, Apple also released new betas for watchOS and OS X. 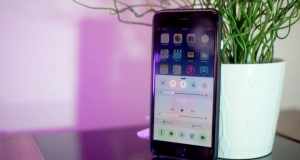 -
0
Yesterday Apple released iOS 9.3 beta 4 to developers, today the company has brought the fourth public beta of iOS 9.3, and we speculate...