“Wall Street Journal” has just reported that Apple’s second-generation Apple Watch will finally add the cellular connectivity, while there will be a faster processor.

One of the most criticized place of the current Apple Watch is too dependent on the iPhone, many features can not be used alone, but once it has own network connection, more features will be realized, such as the GPS location, make calls , transfer and play music and more.

Also in the new watchOS 2 system, Apple also allow third-party applications support push notifications independent from the iPhone, and the apps uploaded to App Store after June 1, 2016 must be a native Apple Watch app.

Besides cellular connection added on Apple Watch 2, this new generation Watch may also include 9 Things we want to see as below:

1. Better Battery
This is the most frustrating thing about the current Apple Watch. Less than a day’s battery life SUCKS big time. However, the Apple Watch’s battery life issue isn’t entirely within Apple’s control. Battery technology just isn’t to the point where batteries can both be small enough and powerful enough to fit in and charge a device that’s as small as a smartwatch for days at a time – this is, after all, a problem still for bigger devices like smartphones and tablets. Still, there are ways via software and hardware that you can prolong battery life. Apple does this to great effect in the iPhones and to some effect in the first Apple Watch. Hopefully it’ll be able to make the Apple Watch 2 more power efficient, which could give it 48 hours of battery life on a charge.

2. More Shapes
Right now the Apple Watch comes in two sizes, but both are rectangular. There are some beautiful Android Wear and Pebble smartwatches out there that have round clock faces–and they all look much better than the Apple Watch. There’s also the argument that making a smartwatch look too “techy” may be offputting for “ordinary” consumers who are more comfortable having something subtle, sleek, and sophisticated on their wrist that doesn’t scream “early adopter tech afficionado”. Here’s hoping the Apple Watch 2 gives us the option to choose from different shaped bodies.

3. More Storage
The first Apple Watch has 8GB of built-in storage. That’s okay–especially for watchOS 1, which basically ran lightweight companion apps tethered to the iPhone. But now that watchOS 2 allows for dedicated apps (to some degree) more storage is going to become more important. Since Apple loves the 16 GB storage option on their iPhones, why not bump up the storage of the Apple Watch 2 by that much?

4. Better Siri
Siri has already become speedier in watchOS 2, but because it still streams Siri through the iPhone it’s rather slow. We’d love to see a native onboard Siri with the Apple Watch 2. Of course in order for that to happen Apple Watch 2 would need the following…

5. Built-in Cellular and GPS
Yeah, if you want an Internet connection or working GPS, your Apple Watch needs to be paired with your iPhone. In order for the Apple Watch to be a truly stand alone device, it would need both its own cellular connection and built-in GPS. Of course if it had a cellular and GPS chip, you’re talking about components that eat through battery life, which doesn’t make the first item on our wish list any more plausible.

6. More Sensors
Right now the Apple Watch has a heart rate sensor, but if it truly wants to be seen as a health/fitness device it needs more sensors. A blood glucose sensor is the most often requested, but also sensors like motion and barometer for tracking runs and step climbs would be a huge health boost. And waterproof that puppy so you could use it in the pool.

7. No iPhone Required
You may be seeing a theme here with our wish list: we want the Apple Watch 2 free of its iPhone ball and chain. It’s currently such a cool device, but it loses that cool and usefulness when your iPhone isn’t around. If it could do almost everything your iPhone could do think how amazing–and truly innovative–it would be. An iPhone on your wrist without the iPhone: calls, Apple Pay, Internet connectivity, you name it.

8. Android Support
That being said, if the Apple Watch can’t be free from the smartphone, AT LEAST also make the Apple Watch compatible with Android devices. This could go a long way to both increasing sales and tempting switchers to come over fully to Apple’s ecosystem.

9. FaceTime Camera
The last thing on our Apple Watch 2 wish list is also probably the most obvious. We want it to be Dick Tracy’s watch. We want that FaceTime camera at the top of the Apple Watch 2 so we can video conference with anyone anywhere from our wrist–and look damn cool doing it.

“Wall Street Journal” also said that as of April 24, 2016, Apple Watch sales will reach 12 million. In contrast, the first generation iPhone in the first year sold only 6 million. 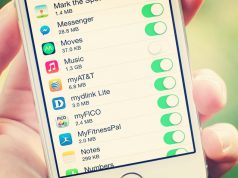 How to Check, Count, Manage and Reduce Cellular Data Usage on iPhone 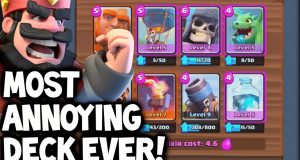 -
0
Clash Royale is the most popular card game after Hearthstone legend. The game play diverse, which will test the player's intellect and strategy. Especially for...