Yesterday, Apple seed iOS 9.3 beta 5 to developers, new firmware fixed several bugs and brought some improvements, but there is a bad news for those people have been looking forward to jailbreak iOS 9.3 in the future.

This means that the iOS 9.3 jailbreak development has been worked by Pangu team may be interrupted, and they’ll have to find another one before they can deliver a working jailbreak solution for iOS 9.3.

We all know that Apple has been trying to obstruct the development of jailbreak, but they draw many new contents from Cydia tweaks. As a regular user I want to use better device, not concerned with the competing interests between them. But we really benefited from the jailbreak, so please try to support the jailbreak development. 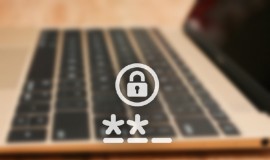 Never Use Emoji as the Login Password in Yosemite

-
0
Many Mac users probably do not understand such a thing that you can not add Emojis to your login password in the El Capitan....