As we all know, iPhone and iPad users need to continuously press the Home button to enable the App Swither in iOS, this mechanism has been maintained for many years until Apple launched 3D Touch feature on the iPhone 6s and iPhone 6s Plus, now users can enable the App Swither by swipe on the screen edges in iOS. However, it is only used for new pressure-sensitive screen, those Non-3D Touch devices not be supported.

To this end, we can only seek help from the jailbreak community, we’ve already seen a bevy of Cydia tweaks that aim to bring these 3D Touch features to the iPhone 6, 6 Plus and other previous-generation devices that are compatible with iOS 9, today a new jailbreak tweak called “SwipeSwitcher” brings 3D Touch-driven multitasking to older devices. With this tweak, anyone can simply invoke the iOS app switcher from the Home screen or within apps with a simple swipe on the left edge of the display. The only difference is this tweak replaces the native hard-press gesture with a simple swipe.

SwipeSwitcher is available for free on the Cydia BigBoss repository, if you jailbroken your deivce on iOS 9.x, then simply search and install it from Cydia Store. There is no configuration options after installation. Once you installed it, simply swipe inwards from the top-left edge of the screen and let go to invoke the app switcher from anywhere in the OS (other than the lock screen) or continue swiping rightward to quickly switch to the first app in the switcher’s stack. Repeating the latter will return you to the app you were previously using. 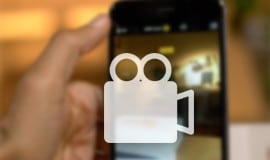 How to Take and View Live Photos on Older iPhone

-
0
Apple enhanced the camera ability on the iPhone 6s and 6s Plus, not just hardware, they also added a lot of new features, such...