Last month, Apple released iOS 9.1 firmware, which matched the exploits used by Pangu jailbreak in iOS 9.0 – 9.0.2, this also means many people had to give up upgrading their device to the latest iOS to avoid losing jailbreak. And so far we did not heard any news about the progress of pangu team jailbreaks iOS 9.1, 9.2.

But the truth is, there are already hackers successfully jailbreak iOS 9.1 and iOS 9.2 untethered with a unexpected way. Today Zerodium announced that a hacking team has created a browser-based jailbreak for iOS 9.1, and won $1 million bounty. The jailbreak also works on iOS 9.2. ZERODIUM is a premium zero-day acquisition platform, had announced a $1 million dollar bounty for an untethered browser-based jailbreak for iOS 9 immediately after the iOS software update was released.

Our iOS #0day bounty has expired & we have one winning team who made a remote browser-based iOS 9.1/9.2b #jailbreak (untethered). Congrats! 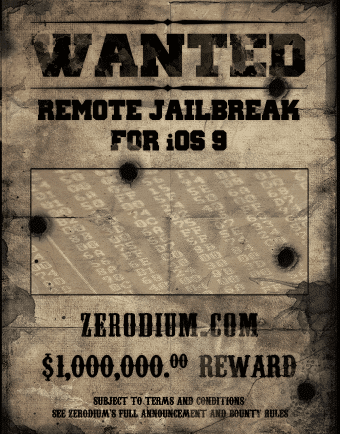 Unfortunately, however, Zerodium as a data collection business, their aim is to get as much as possible vulnerabilities, rather than using them to make jailbreak tool. And this time they paid one million dollars for this vulnerability, it is impossible to publish it to public.

So, although this finding exciting, but jailbreak iOS 9.1 does not have much progress in recent. Nevertheless, it also conveys a clear message to us that iOS 9.1 jailbreak is achievable. I believe pangu team is working hard for that, and will soon release a new version for Pangu jailbreak tool. 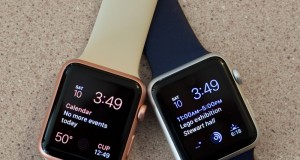 -
0
This morning Apple issued a formal invitation to medias, announced the Spring Event to be held on March 21, in addition to the rumored...