Home Knowledge Tips How to Fix Error at 45%, Cydia Crashes, Failed Attempts and Other...

Pangu 9 jailbreak release is a huge benefit for the jailbreak community. Many users can now throw away iOS 8.4 to defect to iOS 9.0. However, not everyone is so smoothly completed this process.

There emerged kinds of weird issues, errors when using Pangu Jailbreak iOS 9.0 – 9.0.2. Most of the users are reporting a Stuck at 45% with Pangu iOS 9 Jailbreak Tool, but there are also reported some other problems from different users.

If you Stuck at 45% with Pangu iOS 9 Jailbreak Tool, then it’s probably because you have taken an encrypted backup of your device using iTunes.

After the backup is finished, try to Jailbreak iOS 9 Device with Pangu9 Jailbreak Tool and see if you can successfully jailbreak it.

If you are unable to successfully jailbreak your iOS device, team Pangu has the following advice for you:

Cydia App not showing up

If you can’t find the Cydia app after jailbreaking your device using Pangu jailbreak then open the Photos app, then run the Pangu app again, and just wait.

Is Cydia crashing on you every time you try to open it? Reset the device by going to the Settings app > General > Reset > Erase All Content and Settings. Don’t forget to backup first! Install iOS 9.0.2 using iTunes again and then process to jailbreak your device.

Sometimes you are unable to jailbreak your device if you had installed the firmware on it via over-the-air instead of using iTunes. If no other errors match with your problem and you updated your device to iOS 9 OTA, please restore it by installing iOS 9.0.2 again but via iTunes.

PreferenceLoader hasn’t been updated to support iOS 9, so you won’t see the Settings for your jailbreak apps and tweaks. Preference Loader is a jailbreak utility that lets any apps or tweaks to have their own section in the Settings app. We expect it to be updated shortly. We’ll let you know as soon as the PreferenceLoader for iOS 9 is released.

The only way to fix the issue is to restore your device and rejailbreak it.

Start button is greyed out:

Let us know if you’re having any other issue. 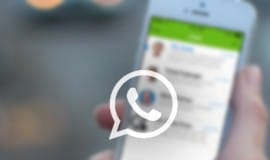 How to Prevent the Whatsapp Blue Ticks Appears When Reading Messages

-
0
WhatsApp added a new feature 'blue ticks' in the most recent update, the feature lets you know if the recipient of your message has...