Today, Apple has finally released the official version of iOS 9.2 to public, new version includes several bug fixes and enhancements, such as support for Mail Drop in Mail, Apple Music improvements and iPhone support for the USB Camera Adapter to import photos and videos. The below is the complete list of bug fixes and improvements added in iOS 9.2.

iOS 9.2 is compatible with almost all devices, besides iPhone 6, iPad 1, iPod touch 4 and other older devices.

The normal users can check this firmware update via OTA update by going to Settings> General> Software Update.

Jailbreakers should avoid upgrading their jailbroken device to iOS 9.2 as you will lose the jailbreak.

If you’re not getting the update via OTA update then you can download the appropriate iOS 9.2 IPSW file for your device from the links provided below.

You can check your iPhone, iPad or iPod touch’s back cover for the model number to download the appropriate download link.

How to Install Firmware Using iTunes

You can back up your iOS device using iTunes or iCloud. If you need help, follow our step-by-step guide by clicking on the appropriate link below.

Step 2: Before you plug in your iOS device. take a moment to make sure you are using the latest version of iTunes. Click on iTunes in the menu bar and then click  on “Check for updates.”

Step 3: Download the iOS 9.2 software update from the official download links provided above and use iTunes to manually update your iOS device.  Note the download file is around 2.0 GB depending on your device. If you’re downloading the firmware file using Safari then ensure that auto unzip feature is disabled or use Chrome or Firefox.

Step 4: Connect your iOS device to your computer using an USB cable. Wait for iTunes to open and connect to your device.

Step 5: Click on device button to the left of the iTunes Store button in the top right corner in iTunes.

Step 6: Click on the “Check for Update” directly without using holding down on the Option key or the Shift key. If the iOS 9.2 update is available it will automatically download and update your device to iOS 9.2.

Step 7: You will get a popup message informing you the new update is available. Click on Download and Update button. If it says iOS 9.2 is the latest version then download the appropriate firmware file using download links provided above.

Step  8: Once the firmware file downloaded, hold the Option key (Mac) or the Shift key (Windows) and  click on the “Check for Update”.

Important: Remember to click on the Check for Update button, and not the Restore iPhone button to avoid restoring your iPhone and setting up your device all over again.

Step 9: You will get a popup message informing you that iTunes will update your iPhone/iPad/iPod touch to iOS 9.2 and will verify with Apple. Click on the Update button.

Step 10: It will then show you the release notes for iOS 9.2. Click on the Next button. Then click on the Agree button for the terms and conditions.

Step 11: iTunes will now download the firmware file (which can take a long time depending on your internet connection as it can be as big as 2.0 GB). After downloading the file, it will process it, extract the software, prepare the device for software update, and install the update.

Step 12: Do not disconnect your device until the update has finished. It can take a few minutes. Your device will be updated to iOS 9.2 and reboot once or twice during the process. You will see while Hello screen after it is successfully updated. Follow the on-screen instructions to start using the device.

Done, your device is running on iOS 9.2, you can now restore the backup, and other settings. Classic iTunes Change the iTunes Interface Back to iOS 6 Style 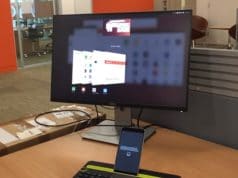