As one senior jailbreaker, you must know Flex cydia tweak, which allows you to modify any app that you wish and change its behavior in a matter of minutes. That means with Flex you can create custom jailbreak tweaks, patches and run them on the fly to modify aspects of iOS. Flex allows you to change the values of existing code already found within the apps on your device. It won’t allow you to alter stuff that doesn’t already exist.

Recently, it ushered in an update, Flex 2.5 beta for iOS 9. Addition to several bug fixes and improvements, a major feature added in this update is the Flex now supports search capability, which allows jailbreakers to search for patches uploaded by other users in the cloud.

Previously, if you want to find a patch in Flex, you had to manually go through the patches list and find your favorite thing one by one, very tedious. But now with the Flex 2.5 beta, you can easily find any patch you want by typing the name in the search box.

Flex 2.5 Beta tweak is now available on the developer’s repo and you can get the recent update by adding the following source to Cydia: http://getdelta.co.

How to Use Flex Tweak

As an example, you modify the Youtube app using Flex:

Such as when you’re using the YouTube app from Google, and you want to watch a video but it says you’re too young. No problem, with Flex this takes less then a minute to fix.

Step#1 First off to create a “patch” or “tweak” just press the “+” button in the upper right hand corner.

Step#2 Then, after you’re done with that, you can choose which app you want to make a tweak for… Just scroll down until you find the app you want (in this case it’s YouTube so it’ll be at the bottom). 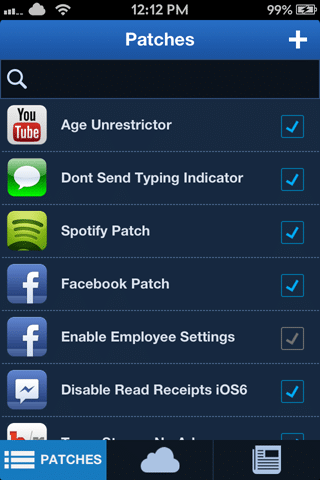 Step#3 Then just press the YouTube app and it will take you this screen:
Tap the name (“YouTube Patch”) if you want to change the name:

Step#4 After you press “Done”, it will take you back to the screen. Press “Add Units”, which will allow you to make the patches to the app you want. It will take you to this screen: 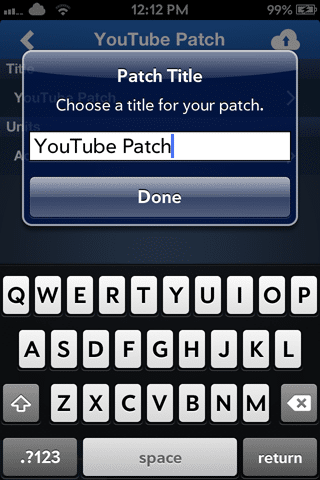 Step#5 This screen shows all the libraries which the app uses. Just press the YouTube one up top and it will ask you if you want to Process it. Once you process it, it saves it so you won’t have to process it again. It will then take you to a screen like this: 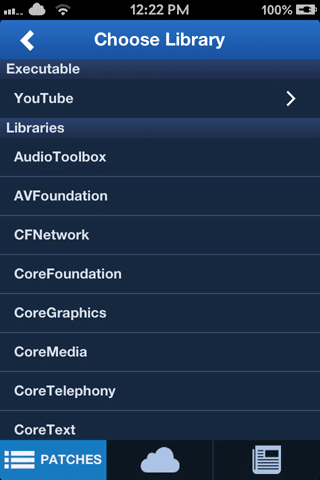 Step#6 Press the search bar, and search for something relevant such as “age” or “adult”, as I already did (hint: you will want to search for adult)…
Then scroll down until you see a relevant function such as “isAdultContent”…

Step#7 Press the function you want to edit the return value of, and it will show a checkmark next to it…
Press the back arrow until you get to this page: 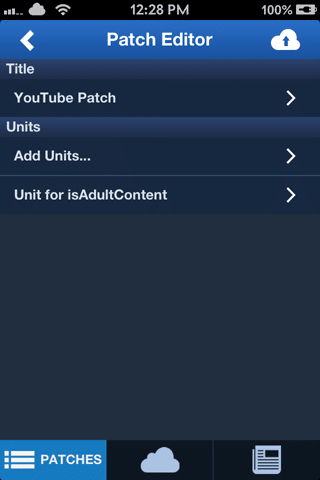 Step#8 This page shows you where all your functions that you want to edit the return value are. Just press on the “isAdultContent” one and it will lead you to this page: 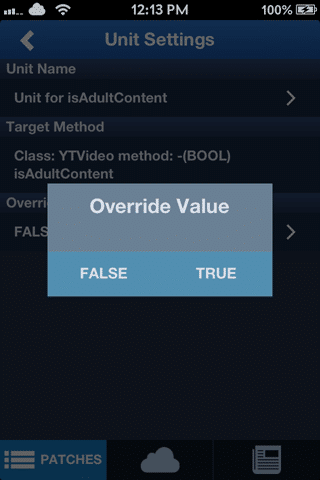 Where you get to choose if it returns true or false. Obviously you want to function to always return false so just press it then go back to the homescreen and press the checkmark (it should turn blue) and then go try it out!

How to Use Cloud

The Cloud is a very useful tool which allows users to share their tweaks with others. So even if you don’t know anything about programming you can still benefit from all the tweaks others made. If you just press the cloud button it will show you a screen like this: 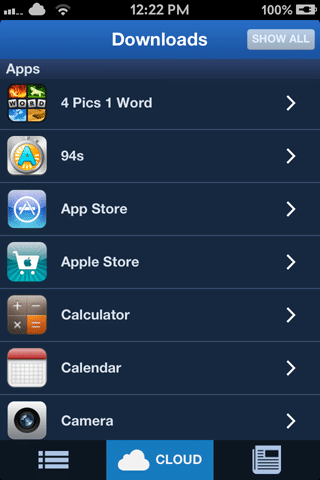 where it shows all the apps you have that others have made patches for. If you just click on one of them it will bring you to all the patches released for that app. This feature is a very very useful tool if you want to make a patch but don’t know if someone has already done it, or just if you want to use a tweak that you don’t know how to make.

How to Search Patch in Flex

Once you install the update, launch Flex and go to the Cloud tab situated at the bottom of the app. You will notice a new Search tab added at the top. Switching to the tab displays a search bar where you can type in the name of the patch and view the results. 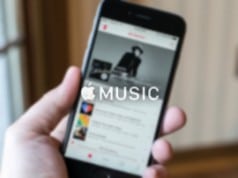 How to Fix Apple Music Search Not Working 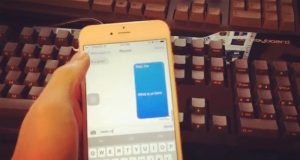 How to Quickly Save Messages on iMessage or SMS

-
0
Have you ever try to save a text message or a specific fragment in the SMS or iMessage on your iPhone, apparently, Apple did...