Many times, people always thought Mac (Macbook / Mac Pro / iMac) to be better than Windows computer, regardless of design, timber, operating system, or configure performance, and even the price, are Mac ahead of other similar products.

However, this time, Mac was despised. Recently, Oculus VR founder Palmer Luckey said they will not support Mac until Apple ‘releases a good computer’. The reason is, Mac configuration is too low, can not support Oculus Rift. Even the Mac Pro series also not competent.

“It just boils down to the fact that Apple doesn’t prioritize high-end GPUs,” he explained. “You can buy a $6,000 Mac Pro with the top of the line AMD FirePro D700, and it still doesn’t match our recommended specs. So if they prioritize higher-end GPUs like they used to for a while back in the day, we’d love to support Mac. But right now, there’s just not a single machine out there that supports it.”

After comparing Oculus Rift and HTC Vive configuration requirements, we believe HTC Vive estimate does not support Mac, if reluctantly support, and this will affect the user’s VR experience, in the long run, this is not conducive to the development of HTC Vive.

Whether Oculus Rift or HTC Vive, they require a minimum processor is the fourth-generation Intel Core i5-4590 processor, video card requirements for the Nvidia GTX 970. Another point we need to note that both the system requirements are Windows, not OS X systems.

This obviously has been a challenge for Apple, then the company should be how to deal with?

First, Apple releases a higher configuration of Mac, to meet the VR requirements.

Second, Apple has its own VR. In fact, Apple does have such a plan.

According to public information display, Apple has applied for a number of VR and AR related patents, involving head-mounted displays, mobile mapping solutions, iPhone-driven virtual display, real-time item identification based on artificial intelligence techniques and so on!

Apple acquired about the company and patents in recent years.

And in 2015, the company introduced a 360-degree virtual reality music video “Song for Someone”

All this suggests that Apple actually have to enter the field of virtual reality. Apple hopes to launch its own VR device that support Mac products as soon as possible. 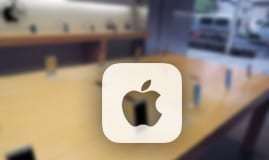 -
0
In addition to the online Apple Store and Apple Retail Store, the carriers also is an important distribution channel for Apple selling iPhone. Last month,...