Home Knowledge Tips How to Fix iPad Cannot be Activated After Installing iOS 9.3

Yesterday, Apple brought the iPhone SE and 9.7-inch iPad Pro on the event, in addition the company also released system updates for the various hardwares, including iOS 9.3, but some iPad 2, iPad Air users encountered difficulty when upgrading.

A user said in Apple’s official support forum that his iPad 2 can not be activated after upgrading iOS 9.3, the issue always occurs whether he update the iPad through OTA or directly using iTunes, even he logout the iCloud account on the device.

Cannot activate iPad 2 after upgrade to IOS 9.3. Error message: Your iPad could not be activated because the activation server is temporarily unavailable. Tried also connecting to iTunes via a PC without success.

I have this exact same problem. Spend 40 min on apple support chat to resolve it and its still not resolved.

iOS9.3 on iPad 2. The support chat person had me do the following:

– Remove the SIM and place it back into the iPad (I did this, but the iPad has NEVER had an active data plan on it)
– Update iTunes and then re-update the iPad (same issue)

Its been 9 hours since the initial update and it still fails to activate each time.

I can not even seem to find a way to restore my previous 9.2 backup to the iPad.

We can see from their description, the activation error mostly due to Apple’s server overcrowding, but it still occurs even after waiting for 24 hours.

As for the possible solution, the user above-mentioned said the activation issue can be fixed by restore iOS 9.3 in a recovery mode through iTunes, but this will clear all your data stored in the iPad, so if you not have a recent backup for the iPad, then only give up your data or continue to wait for Apple’s solution.

If you’re not afraid to lose all data on your iPad, this will certainly work:

– Download an IPSW.
– Connect iPad to PC/Mac
– Put iPad in DFU mode (press Home + on/off button until iPad goes black; wait 5 seconds then release on/off button, but hold Home for 20 more seconds).
– in iTunes click Restore (with the ALT button pressed) and select the downloaded IPSW.
– let nature run its course and you’re good to go after 10 minutes or so
– reinstall all your apps (manually)
– (and when asked “there is a new iOS update 9.3” do not install it!)

The loss of data is a PITA, but at least your iPad is no longer bricked.

Apple Gives a Solution on the official site:

In some cases, the hint that you see on the Activate iPad screen might not match your current Apple ID. To make sure that you’re entering your Apple ID information correctly, try these steps:
If you still need help, try these steps in iTunes from a computer:

Or try to sign in to iCloud.com, so you can remove Activation Lock:

Updating some iOS devices (iPhone 5s and earlier and iPad Air and earlier) to iOS 9.3 can require entering the Apple ID and password used to set up the device in order to complete the software update,” an Apple spokesperson told iMore. “In some cases, if customers do not recall their password, their device will remain in an inactivated state until they can recover or reset their password. For these older devices, we have temporarily pulled back the update and will release an updated version of iOS 9.3 in the next few days that does not require this step.

This means to fix the iPad cannot be activated after installing iOS 9.3, you need to re-install the iOS 9.3 using iTunes, course you’d already made a backup.
Download iOS 9.3 13E236 for iPad 2 GSM(only) 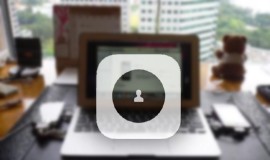 How to Avoid Using Credit Card When Create a New Apple...

-
0
As we all know, people must register an Apple ID if they intend to use the iPhone and iPad, however the Apple ID can...