Today Rovio launched its another Angry Birds game ‘Angry Birds Action’ in the App Store and Goolge Play. Its gameplay is similar to Pinball, adopted a top-down perspective. This appears to be more of a simpler physics puzzler where you just try to wreak havoc in levels by launching and sliding around, trying to complete levels with a limited number of birds. If you get a certain number of hits in one launch, you get an extra move.

This game features the character designs of the upcoming Angry Birds movie. You can take Angry Birds Action to the Angry Birds Movie to unlock special content.

Just wait until the end of the Angry Birds Movie and launch Angry Birds Action when the end credits roll, and you can unlock a whole new area to explore in the game, as well as an special movie clip.

BirdCodes can be found all over the place – on Angry Birds toys, at your local theater, and in many more locations. Keep your eyes peeled for BirdCodes everywhere! 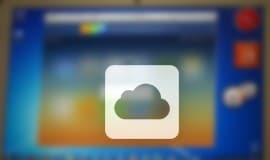 iCloud for Windows 5 Released With Support for Photo Gallery