3D Touch is undoubtedly a very useful feature in the present, which further revolutionized the interactive experience. Although the feature only default support for iPhone 6s and iPhone 6s, but there are already many cydia tweaks make those unsupported devices to support 3D Touch. Such as Shortcuts, RevealMent and Force jailbreak tweak.

Nevertheless, these tweaks do not make Cydia Store supports 3D Touch, and the Cydia founder Saurik also not added this feature to Cydia app. For this, a new jailbreak tweak appeared, called ‘Tactful’ that brings 3D Touch shortcut menu to Cydia app and allows you to peek into Cydia packages from within the app. 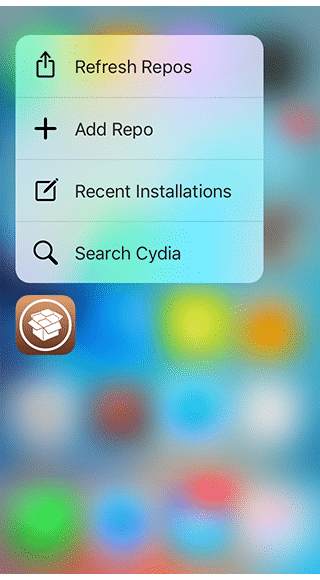 Tactful tweak is now available on Cydia’s BigBoss repo for Free. Once you installed it on your jailbroken iPhone, then when you perform 3D Touch gesture on Cydia’s app icon, a menu is revealed which consists of four shortcuts that allow you to do the following:

With these shortcuts, you can use Cydia Store more efficiently and perform certain tasks much quicker. Once you tap on any of these shortcuts, it takes you to Cydia where the corresponding action is performed. For instance, when you tap on add a new repo, you’ll be taken directly to the Sources tab of Cydia and displays a pop up box where you can type in the URL of the new source. You can also peek into packages and view their description or install/uninstall them with a swipe up gesture within the Cydia app. Doing a deeper press takes you entirely into the package’s description page. 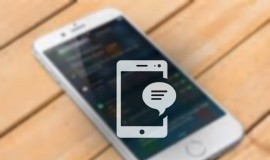 How to Get Apple Watch Styled Notifications in iOS 9

-
0
If you are tired of the traditional style of notifications in iOS, then a new jailbreak tweak called 'NCCards' brings an Apple Watch styled...