“Space Marshals” is a very popular sci-fi shooting game developed by the Swedish game studio Pixelbite, then they launched a new game “Xenowerk”, and recently Pixelbite announced “Space Marshals 2” will be officially launched sometime in June and shortly after that release on Android.

In the game, you will play a long beard space marshal, his task is to fight against those criminals fled in space, but it is not an easy thing to dismantle these criminals base alone, so powerful, agile and conveniently weapons is essential, course you gotta have fluent operations in the game.

Obviously as an upgrade version, Space Marshals 2 will come with updated graphics, ragdoll physics, new animations, and many more environments and enemies. These enemies will have unique features, which should hopefully raise the game’s tactical challenge even more. The game is still being built around stealth mechanics, but according to the developers these mechanics are turned up a notch in the sequel; you’ll even be able to do silent enemy takedowns. And, of course, there’ll be more new features, epic ones too according to the developers. 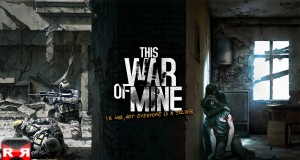 This War of Mine for iPhone, Best War-themed Game of 2016

0
"This War of Mine" is a war-themed game produced by the Finnish company 11bit Studios, the game inspired by the Siege of Sarajevo during...