3D Touch is definitely a revolutionary interactive experience, it brings a brand new dimension in smart phone operating. I believe this will be a standard feature on next year’s smartphones. The feature mainly provides you with simple shortcuts to launch the various built-in functions directly on the app icon, without opening the application.

However, not all iOS devices can enjoy this feature, currently 3D Touch only support for iPhone 6s and iPhone 6s Plus, so if you do not own a 3D Touch capable device, you can use a jailbreak tweak like revealMenu to simulate the 3D Touch effect on older devices. A new jailbreak tweak called “Appendix” brings a new way of interacting with your folders on the Home screen. It allows you to launch apps directly from folders using the iPhone 6s’ 3D Touch Actions.

Appendix tweak is available in the Cydia BigBoss repo for free. Ut lets you have easy access to apps within folders. No need to open the folder. After you installed it on your jailbroken device, Appendix will be able to display the first four applications found in a folder. That means that if you wish to launch a specific app found in a folder, you’ll need to make sure that the app is one of the first four apps listed. 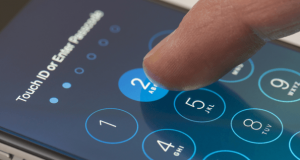