Jailbreak can always make some of the old devices reborn, to get some new features on non-supported device, such as latest feature ‘3D Touch’ that Apple launched specifically for the iPhone 6s and iPhone 6s Plus. Now jailbreakers can get 3D Touch on their older devices by installing cydia tweaks, such as RevealMent, UniversalForce and Forcy tweak. Today another cydia tweak ‘Shortcuts’ released to further enhance the ability of 3D Touch on non-supported devices.

Shortcuts tweak is available in Cydia’s BigBoss repository for just 99¢. After installation, it will add a preferences pane to the Settings application where you can configure the tweak’s options to your liking.

Your options here include: 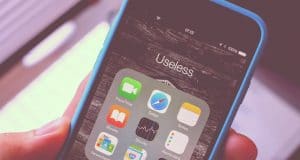 -
0
TitleFolderSize is a new jailbreak tweak allows you to significantly increase or decrease the size of the folder title font on your iPhone and iPod touch. In addition,...